To share your memory on the wall of Donna Fetzer, sign in using one of the following options:

Born in 1930 to Medrith Mann and Darl Walton, Donna was the second of four sisters. She developed her storytelling skills early by entertaining her family regularly with imaginative serial tales. Recollections of their early years together are legendary. Donna attended Smithville High School in the mid 1940s, where she met and married Bob Hanger, the love of her life and the father of their three nearly perfect children.

Life was not always kind to Donna and her family. Her ability to meet every setback with renewed determination and unfailing love became fodder for most of her romanticized narratives.

Donna was a survivor who had to reinvent herself many times over to make a good life for her family. She was employed by Faultless Rubber Company and Samaritan Hospital in Ashland before moving to Wooster in the early 1960s. She held office positions at the OARDC, Schlumberger, the College of Wooster and AAA. Eventually she founded two travel companies, Liberty Tour and Travel, and Greenlawn Great Getaways, and led tour groups to many exciting locations, both domestic and abroad, collecting and retelling entertaining stories along the way. She married Don Fetzer in 1985 and he became her right-hand man in her many adventures.

Donna taught Sunday School for several years at Salem Lutheran Church and was an active member of St. Paul Lutheran Church in Smithville. She started a local chapter of the Red Hat Society; she taught storytelling classes at Wayne College, Wayne center for the Arts, TriCounty Education Association, and at The College of Wooster; and she served as president of OOPS – The Ohio Order for the Preservation of Storytellers.

In her retirement Donna’s storytelling career blossomed. She founded the Wayne County Storytellers Club and The KinFolk Storytellers of Wayne County, who performed frequently at public and private events, delighting audiences for many years. Working with OOPS and Main Street Wooster in 2000, she brought the National Story League convention to Wooster providing entertainment to nearly twenty downtown venues.
Perhaps Donna’s favorite endeavor was the creation of Grandma’s Theatre with the help of her very handy husband Don, who was her devoted and adored set-builder extraordinaire.

Grandma’s Theater began as a way to educate and entertain her three beloved grandchildren, developed into a community project that mentored hundreds of children in the art of expression, and culminated in an invitation to perform her last original one act play for The Ohio Community Theatre Association Jr. Festival in Tiffin, Ohio.

Preceded in death by her husbands Bob and Don, her sister Denna, and many dear friends, she is survived by her sisters Patti and Lynda, her children Traci, Stephanie and RD, grandchildren Brian, Garrett and Ashley, and one completely perfect granddaughter Elizabeth. Donna was loved by many. May her stories live on forever.

Services will be held Friday, February 21st, 2020 at 12:00 at St. Paul’s Lutheran Church in Smithville. Calling hours will be from 10AM-noon, followed by a church service officiated by Pastor Kristy Buyok. Burial will be at Smithville Cemetery. The church will provide a meal for those wishing to stay and share in celebrating more of Donna’s stories. Donations in honor of Donna may be sent to Hospice Lifecare of Wooster and/or to St. Paul’s Lutheran Church in Smithville.

To send flowers to the family or plant a tree in memory of Donna Fetzer, please visit our Heartfelt Sympathies Store.

Receive notifications about information and event scheduling for Donna

Provide comfort for the family with a meaningful gesture of sympathy.

We encourage you to share your most beloved memories of Donna here, so that the family and other loved ones can always see it. You can upload cherished photographs, or share your favorite stories, and can even comment on those shared by others.

Posted Feb 19, 2020 at 09:40pm
Donna would help us out with Vacation Bible School and tell her stories to the kids and adults. We enjoyed her plays and liturgical dances. She will be missed. Prayers go out to all her friends and family members. Sincerely, The Karlen Family.
Comment Share
Share via:
SS

Flowers were purchased for the family of Donna Fetzer. Send Flowers 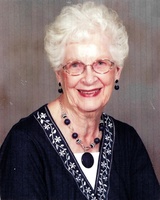