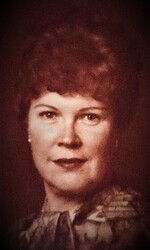 Elizabeth M. Gensler, age 89, of Wooster, entered into rest, Monday, March 15, 2021 at LifeCare Hospice in Wooster. Her loving family was by her side.

She was born in Orrville on January 29, 1932 to George and Mary (Smith) Reynolds.

Elizabeth then attended Baldwin Wallace College in Berea and worked as an accountant for many years.

She married Karl Gensler who entered into rest in 1982.

They and previously lived in the North Olmstead and Lakewood area's in Ohio before moving to Orrville.

She received numerous awards for her work over the past 25 years transcribing books and textbooks for the blind and was one of the first transcribers of music in the country.

She was a member of the Unity Church in Saint Joseph, MO. and also received recognition by the Toastmasters International organization.

In addition to her parents and husband, she is preceded in death by her daughter, Jeanette Bosley who entered into rest in 1968; her sisters and brothers-in-law, Alice (Bill) Olson, Evelyn (Jess) Forfia and Lt. Col. Martha Hume; a brother and sister-in-law, Bob (Margaret) Reynolds.

It was her previous wishes that there be no public services and a private celebration of her life will take place at the convenience of the family.

Memorial contributions may be made in lieu of flowers to: Midwestern Braille Volunteers, 104 W. Adams Ave. Kirkwood, MO 63122 or go to: www.mbvol.org

Words of condolences may be publicly or privately shared with the family at: www.custerglenn.com.