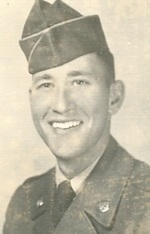 Gerald W. "Jerry" Young, age 86, of Wooster, peacefully passed away at his residence on Saturday, December 8, 2018 following a period of declining health.

He was born on August 31, 1932 in Shreve to Charles A. and Mary E. (Fishburn) Young and has been a Wayne County resident for all of his life.

He married Garnett Stanford on June 12, 1955 in Wooster. She survives.

He worked as a Shipping Clerk for the former Regal Ware, Inc. in Wooster for 24 years before retiring in 1991.

Gerald was a member of St. Peter's United Church Of Christ in Apple Creek where he also served on the church consistory, ushered and a bell ringer; served as past President of Union Local 981 of Regal Ware in Wooster from 1977 - 1984.

In addition to his, wife, he is survived by his sons, Rodney W. (Brenda) Young and Brad L. (Eunice) Young all of Wooster; 4 grandchildren and 8 great-Grandchildren; a sister, Betty J. (Barry) Phillips of Apple Creek; many nieces and nephews.

In addition to his parents, he is preceded in death by an infant son, Richard A. Young; a daughter, Cynthia S.; a granddaughter, Laura and a sister, Barbara A. Price.

Services will be Thursday, 12:00 p.m. at Custer-Glenn Funeral Home in Wooster with Pastor Steve Broach officiating followed by interment at Nashville Cemetery in Nashville where military rites will also be conducted.

Words of comfort may be shared with the family at: www.custerglenn.com.