To share your memory on the wall of Richard Engstli, sign in using one of the following options:

Provide comfort for the family of Richard Engstli with a meaningful gesture of sympathy.

Print
Richard Engstli, age 73, of Wooster, passed away peacefully, on Easter Sunday, April 12, 2020 at Avenue at Wooster following a period of declining health. He was surrounded by his family.

He was born on August 23, 1946 in Cleveland, Ohi... Read More
Richard Engstli, age 73, of Wooster, passed away peacefully, on Easter Sunday, April 12, 2020 at Avenue at Wooster following a period of declining health. He was surrounded by his family.

He was born on August 23, 1946 in Cleveland, Ohio to Edward and Helen (Stephany) Engstli and graduated from Olmsted Falls High School in 1964.

He served in the US Marine Corps. during the Vietnam Conflict and married Mary Nemeth in Cleveland in 1969. She survives.

He previously had worked for several companies as a Draftsman and most recently worked for the Stahl/Scott Fetzer Co. in Wooster for 25 years before his retirement.

He was a member of St. Mary Catholic Church in Wooster; was an avid fisherman and had played golf for many years. He mostly loved spending time with his family and friends.

In addition to his beloved wife, he is survived by his son, Mitchell C. (Sheri) Engstli of Rittman; a grandson, Joshua E. Engstli and a granddaughter, Myranda Kelly; and his sister, Kim (Jeff) Cray of Parma, Ohio.

In addition to his parents, he is preceded in death by his sister, Joan Noss.

It was his previous wishes that there be a Celebration of his Life which will take place at a later time and will be announced at a later date. There will be no immediate services or visitation.

Words of comfort may be shared with the family publicly or privately at: www.custerglenn.com.
Read Less

To plant a memorial tree in honor of Richard Engstli, please visit our Heartfelt Sympathies Store.

Receive notifications about information and event scheduling for Richard

There are no events scheduled. You can still show your support by sending flowers directly to the family, or planting a memorial tree in memory of Richard Engstli.
Plant a Tree

The insignias listed here may be subject to copyright and / or trademarked. Those copyrights and trademarks are owned by the respective organizations.

We encourage you to share your most beloved memories of Richard here, so that the family and other loved ones can always see it. You can upload cherished photographs, or share your favorite stories, and can even comment on those shared by others.

Posted Apr 22, 2020 at 10:59am
Although we lived miles apart, whenever we had an opportunity to visit- we always cherished our times together. Rich had such a loving and caring personality - always concerned for everyone's happiness. He would tell stories, make us laugh, and was game for anything we wanted to do. Rich made a front porch bench for me on one of their visits to Alabama. I didn't ask - he just thought a beautiful bench by my front door would look good. So we hauled off to Lowe's, bought the supplies and my front porch bench was made with loving and caring hands. Rich was a very talented and creative person. I still have that bench standing proudly by my front door today. It was made many years ago. Neighbors come to sit on it when visiting, our precious packages are dropped off in when delivered, I sit on it and watch the Cardinals in my big Birch tree. I sit on it when waiting for guests to arrive when the weather is nice. That bench sits proudly by my front door- and is a reminder to me always of Rich's loving and generous spirit. Don and I adored and loved you. 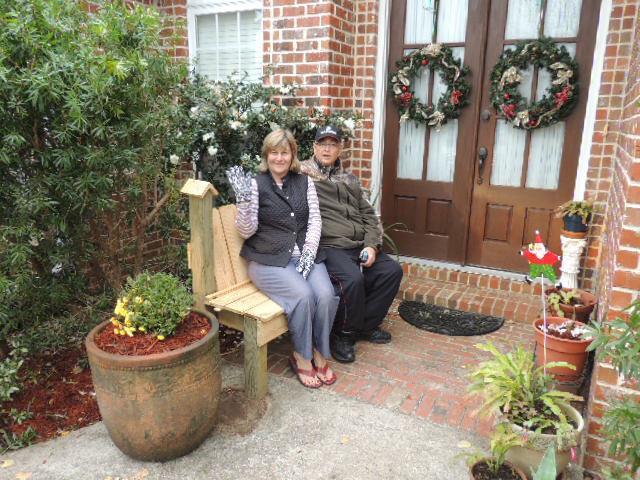 Posted Apr 18, 2020 at 06:53pm
To the Engstli Family
We're sorry for your loss. Rich was like a second dad to me. He was a great man.
Frank and Amy Murray
Comment Share
Share via:
ME

Posted Apr 18, 2020 at 12:26pm
to the greatest dad I could ever ask for...
dad your heart was that of a gentle giant. you gave love to others without holding back and unconditionally. you loved mom and I all my life and I am so grateful God granted me the honor of having you for my dad. I miss you deeply...but know that someday we can celebrate our new lives with Jesus. and how grand that will be, dad. I could never express gratitude enough for all the memories we shared and time spent with each other. you were the most awesome dad, husband, grandfather and friend...love always, dad!
Comment Share
Share via:
RW

Posted Apr 17, 2020 at 08:13am
Mitch so sorry for your loss. I will be praying that God will comfort you and tour family during this difficult time. Randy Wharton - Triway class of 87
Comment Share
Share via:
ME

Posted Apr 16, 2020 at 05:05pm
my condolences to Mitchell and Sherri: Prayer of comfort and peace are sent to you both. It saddens my heart to know you lost your dad, but I celebrate heaven's gain. The victory is his! Thank you Jesus! love and prayers, your sis in Christ, Sherry L. Wright, WMHA
Comment Share
Share via: 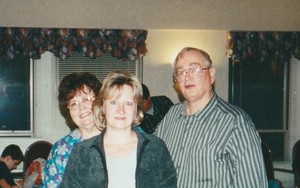