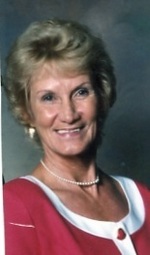 Wilma moved from Medina County to Wooster in 1986 and previously worked as a waitress for The Shack and also with Leroys in Wooster.

She had attended First Church of God in Wooster and was an area singer with the Unity Singers Women's Group; enjoyed quilting, sewing, crocheting and painting but mostly loved spending time with her family and friends.

In addition to her parents, she is preceded in death by a brother, Joe Messenger and a sister, JoAnn Serwatka.

It was her previous wishes that there be a private celebration of her life to be held at the convenience of the family.

Memorial contributions may be made in lieu of flowers to either: American Cancer Society, P.O. Box 22478, Oklahoma City, OK 73123 or to the charity of the donor's choice.

Words of public or private condolences may be shared with the family at: www.custerglenn.com.