To share your memory on the wall of Clayton Wyatt, sign in using one of the following options:

Clayton Wyatt, 86 of Wooster, Ohio, passed away peacefully surrounded by his loving family early on the morning of October 21, 2019.

Clayton Wyatt, 86 of Wooster, Ohio, passed away peacefully surrounded by his loving family early on the morning of October 21, 2019.

Clayton was born on January 6, 1933 in Alton, West Virginia to Dorrel and Mona (Wayts) Wyatt. He married the love of his life, Nina Wyatt, on October 24, 1953 at the Preacher’s house on a stormy winter day, after courting each other over a shared spring in their backyards. They were happily married for 66 years. She survives.

Clayton was a 1950 graduate of Tennerton/Bucchannon Upshire High School in West Virginia. Clayton was a proud member of the Army, stationed in Virginia, Oklahoma, Arkansas, and finally in Germany at the end of the Korean War where he went to helicopter mechanic school and worked in the Post Office. Upon returning from deployment, Clayton and Nina started their family in Sewickley, PA and settled in Wooster, Ohio in 1962, where they raised their five children and lived happily for more than 50 years.

Clayton worked for the United Telephone Company as a microwave technician for more than 30 years, but was most recently enjoying time spent with his large family throughout his retirement. Clayton enjoyed fixing anything that was broken, and never threw anything away that he could still see some life in. He loved his wife and family, and lived to see them happy. He had the most generous and kind soul, and welcomed everyone into his home. Clayton was a loving Husband, Dad, Papa, Great-Grandpa, Brother, and Son.

The burial will be held at the Wooster Cemetery with military honors on Friday, October 25 directly following services the 11am services at Custer-Glenn Funeral Home, officiated by Joel Yates.

Clayton (Dad, Papa, Great-Grandpa) was a great man who is deeply missed and will be forever in our hearts.

Words of comfort may be shared with the family privately or publicly at: www.custerglenn.com.
Read Less

We encourage you to share your most beloved memories of Clayton here, so that the family and other loved ones can always see it. You can upload cherished photographs, or share your favorite stories, and can even comment on those shared by others.

Posted Nov 10, 2019 at 04:10pm
We are so sorry for the loss of your dad. You will be in our thoughts. It is our hope is that your memories will comfort you.
Mark & Mindy (Sanders) Cavin
Comment Share
Share via:
LW

Posted Oct 23, 2019 at 11:28am
Although no words can really help to ease the loss you bear, please know that you and yours are in our hearts & prayers
Ray Bolen & Lisa Webster Posted Oct 23, 2019 at 11:27am
George and Lisa, I’m so sorry to hear about your loss, I know he will be greatly missed by all of you, sending lots of love and hugs and praying God holds you in the palm of His hand. Xo
Comment Share
Share via:
BF

Bill & Jill, Debbie and Angie and families purchased flowers for the family of Clayton Wyatt.

Posted Oct 22, 2019 at 05:16pm
We send the entire family our love & deepest sympathies. Mr. Wyatt was such a loving and kind man I know he will be missed by so many. May our heavenly father guide your family with peace & comfort knowing he is now in his loving arms while you walk through this difficult time. Love & Hugs to you!!
Scott & Robin Sampson
Comment Share
Share via: 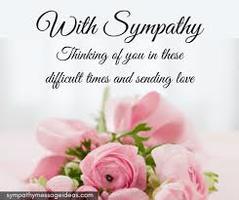