To share your memory on the wall of Gale Hamilton, sign in using one of the following options:

Print
Gale V. Hamilton, age 78, of Wooster, entered into rest Monday, December 30, 2019 at Summa Akron City Hospital following a brief illness. His family was by his side.

He was born on December 6, 1941 in Mansfield, to Raymond Welker Lorena... Read More
Gale V. Hamilton, age 78, of Wooster, entered into rest Monday, December 30, 2019 at Summa Akron City Hospital following a brief illness. His family was by his side.

He was born on December 6, 1941 in Mansfield, to Raymond Welker Lorena (Chenevey) Hamilton. He graduated from Smithville High School in 1959.

Gale married "Zee" Lester on January 4, 1964 in Wooster. She survives.

He had previously owned and operated Hamilton's Gulf Station for over 20 years in Ashland and then worked for AVI Foodsystems Co. of Wooster for 17 years before retiring in 2007.He was an avid car enthusiast who also enjoyed going to car shows and was a member of "UFO" United Ford Owners club for many years and also enjoyed drag and NASCAR racing. He was a devoted Ohio State Buckeye fan. Gale adored and loved spending time with his family and especially his grandchildren and great grandchildren. He also loved spending time with his son and were inseparable.

In addition to his parents, he was preceded in death by his son, Edward "Eddy" Hamilton and his 2 brothers, Kent & Harlan Hamilton.

Services will be Saturday, 1:00 p.m. at Custer-Glenn Funeral Home in Wooster with Rev. Dr. Brent Durham officiating. Burial will follow at Sherwood Memorial Gardens in Wooster where military honors will be conducted by the 555th Honors Detachment.

Memorial contributions may be made to the Wounded Warrior Project, P. O. Box 758517, Topeka, Kansas 66675-8517 or at support.wounded warrior project.org.

Words of private or public condolences may be shared with the family at: www.custerglenn.com

To send flowers to the family or plant a tree in memory of Gale V. Hamilton, please visit our Heartfelt Sympathies Store.

Receive notifications about information and event scheduling for Gale

Provide comfort for the family with a meaningful gesture of sympathy.

We encourage you to share your most beloved memories of Gale here, so that the family and other loved ones can always see it. You can upload cherished photographs, or share your favorite stories, and can even comment on those shared by others.

Posted Jan 04, 2020 at 03:23pm
Zee- So sorry to hear of Gale's passing! I have fond memories of you both coming into my restaurant (Dutch Heart) I sincerely missed you both! You're in my thoughts and prayers!- Brenda Hostetler
Comment Share
Share via:
C

Posted Jan 03, 2020 at 07:54am
Gayle and i work with one and other at the A V I company for 15 years always enjoyed our conversation about our time in the Marine Corp and his father Ray Hey was a great gut and will be missed Arch and Carrie Fuller
Comment Share
Share via:
DB

Posted Jan 02, 2020 at 01:44pm
Dear Zelma (and family)~So sorry to read of the passing of Gayle. You were a delightful, supportive, caring couple, and I know you will be missing him so much. You have experienced much heartache in your life, and unfortunately, I cannot be there to give you a comforting hug. We are in FL at the present time, but my thoughts are with you. May God bring you comfort, and strength, at this difficult time. Very Sincerely~Diane Miller Bailey Waynedale class of '60
Comment Share
Share via:
CL

Posted Jan 02, 2020 at 12:24pm
deepest sympathy for your loss,,,, i always enjoyed him...he would pop his head into my office at acdc and tell me his latest joke when he came to fill the machines and sometimes i would have a new one for him...he was always a kind man and brightened my day...i know you will miss him
Comment Share
Share via: 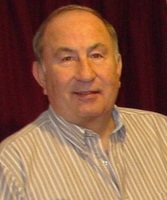 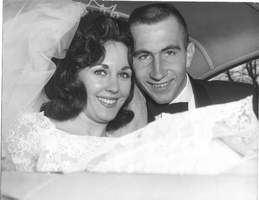 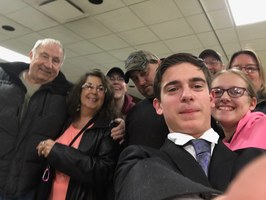 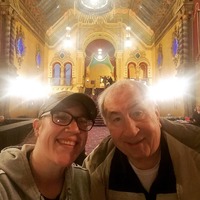