To share your memory on the wall of George Robidou, sign in using one of the following options:

Provide comfort for the family of George Robidou with a meaningful gesture of sympathy.

Print
George E. Robidou, III, age 72, of Wooster, peacefully entered into rest, Wednesday, April 29, 2020 at Smithville-Western Care Center in Wooster due to COVID-19 complications. His family was in his presence.

He was born on October 9, 194... Read More
George E. Robidou, III, age 72, of Wooster, peacefully entered into rest, Wednesday, April 29, 2020 at Smithville-Western Care Center in Wooster due to COVID-19 complications. His family was in his presence.

He has been a Wooster and Wayne County resident for the last 13 years and had previously worked as a painter and jewelry maker. He did volunteer work for many churches throughout the area and was known to be very friendly and would do most anything for anybody especially in time of need. He had been a member of VFW Post of RI and was an avid fan of all sporting events who especially enjoyed baseball (Red Sox) and wrestling. He mostly loved spending time with his family and friends.

He is survived by a son, James Robidou of Providence, RI; grandchildren, James, Jeremy, Jacob, Jasmine and Hailey Robidou;Sister Betty Manchester of Tenn. Brothers Charles Robidou of Providence, RI and Dennis Robidou of West Warwick, RI; 3 nephews, Ricky, Bobby and Kenny and 2 nieces, Betty Jane and Tammy (Bryan) Landaw who was more like a father to her and grandfather to Tammy's children, Maria, Tiffany, Jessica (Eli) , Christina, Jr. and Daniel who were also like his grandchildren.

In addition to his parents, and wife, he is preceded in death by his niece, Donna Manchester

It was his previous wishes for cremation and there will be no services. A private celebration will take place at the convenience of family and friends at a later time.

A tribute video or words of condolences may be shared with family and friends at: www.custerglenn.com.
Read Less

Receive notifications about information and event scheduling for George

There are no events scheduled. You can still show your support by sending flowers directly to the family, or planting a memorial tree in memory of George E. Robidou.
Plant a Tree

We encourage you to share your most beloved memories of George here, so that the family and other loved ones can always see it. You can upload cherished photographs, or share your favorite stories, and can even comment on those shared by others.

Posted May 03, 2020 at 08:33am
George always had a big smile and a few words for me when I would see him as I was On my way to visit my husband, Larry Pittman, in the Willows at Smithville Western. I was so sorry to see that he had passed. My condolences and prayers for his family and friends.
Comment Share
Share via:
T

Posted May 02, 2020 at 04:35pm
My wife entered Smithville Western in Jan-2020, George came in first day & introduced himself, talked about sports,he was very good to my wife always watched out for her.
He would push her wheelchair back to her room when she was tired, every time I would come in door to see her, he would fill me in on how Rhonda was doing.We got him a Rhode Island T-shirt & you would have thought we gave him a thousand dollars, sure he is resting with a smile on his face, God Bless George, Tim & Rhonda Mc Guire 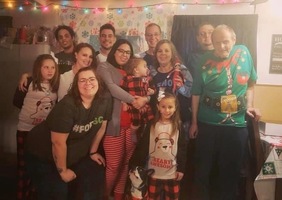 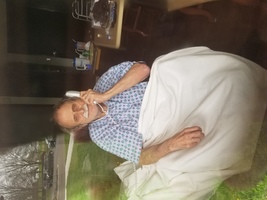