To share your memory on the wall of Ronald Amos, sign in using one of the following options:

Print
Ronald E. Amos, age 86, of Wooster, passed away at his residence following a short period of declining health.

He was born on October 31, 1934 in Wooster to Justus E. and Frances E. (Collette) Amos and has been a Wayne County resident f... Read More
Ronald E. Amos, age 86, of Wooster, passed away at his residence following a short period of declining health.

He was born on October 31, 1934 in Wooster to Justus E. and Frances E. (Collette) Amos and has been a Wayne County resident for most of his adult life.

"Stog" as he was called by friends was a U.S. Navy veteran having enlisted after graduating from Shreve High School in 1952 at age 17.

Ron was stationed at various navy bases for additional training in electronics, Patuxent River, Jacksonville, Fl, Norman, OK and several other bases in California where he worked on electrical wiring Navy planes. Much of his Navy enlistment Ron flew on Navy planes as spotter over the Atlantic Ocean, searching for Russian submarines during the Korean War. Ronald's basic seaman training was at Norfolk Navy base.

After his honorable career in the Navy, he also had many tales to relate to about living on a Holmes County farm with his family during much of his childhood where he learned at an early age to drive a farm tractor.

Later during his working life, Ron was a semi-truck driver and much of this time he worked for companies that delivered pipe to remote construction sites in Ohio. He had interesting stories to tell about the many hazards delivering loads in dangerous terrain.

After retirement he lived at College Hills Retirement Center on Portage Road, Wooster. Ohio for many years. Ron's hobby was working on his cars, an older dump truck, reading magazines about racing cars, American Legion magazines and caring for plants that decorated his apartment doorway .

He enjoyed holiday dinners with the Mohr and McCauley families very much.
Ron was a long time member of American Legion Shreve Post #67.

In addition to his parents, he is preceded in death by his brothers, Gerald B. "Jerry" Amos and Jon A. Amos.

Memorial contributions may be made in lieu of flowers to: Shreve American Legion Post 67, 10094 Shreve Rd., Shreve, Ohio 44676.

As per his wishes, cremation has taken place and a private inurnment will be at Ohio Western Reserve National Cemetery in Rittman at a later date.

Ron will be greatly missed by his family.

Words of comfort may be shared with the family at: www.custerglenn.com.

Custer-Glenn Funeral Home in Wooster is honored with serving the family.
Read Less

Receive notifications about information and event scheduling for Ronald

There are no events scheduled. You can still show your support by sending flowers directly to the family, or planting a memorial tree in memory of Ronald Earl "Stog" Amos.
Plant a Tree

We encourage you to share your most beloved memories of Ronald here, so that the family and other loved ones can always see it. You can upload cherished photographs, or share your favorite stories, and can even comment on those shared by others.

Plant a Tree in Memory of Ronald
Plant a tree 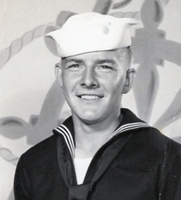