To share your memory on the wall of Viola Dever, sign in using one of the following options:

Provide comfort for the family of Viola Dever with a meaningful gesture of sympathy.

Print
Viola "Vi" J. Dever, age 61, of Wooster, passed away Thursday, October 24, 2019 at Wooster Community Hospital following a period of declining health. She was surrounded by her family.

She was born in Orrville on July 29, 1958 to Robert ... Read More
Viola "Vi" J. Dever, age 61, of Wooster, passed away Thursday, October 24, 2019 at Wooster Community Hospital following a period of declining health. She was surrounded by her family.

She was born in Orrville on July 29, 1958 to Robert and Alice (Berry) Wiebe and has been a Wayne County resident for all of her life.

She later worked for the Wendy's Restaurant in Wooster for a long period of time; she enjoyed watching scary movies and was an avid reader. She mostly loved spending time with her family and friends.

In addition to her husband, she is survived by her daughters, Kristen (Jason) Mairs of Shreve and Sarah Renee Dever of Wooster; a grandson, Nathan Mairs; brothers, Rex (Deb) Wiebe of Dalton and Jay (Teresa) Wiebe of Michigan; a sister, Alice (Paul) Booth of Orrville; several nieces and nephews, and a good friend, Michelle Karnes of Canal Fulton.

Her parents preceded her in death.

Services will be Monday, 6:30 p.m. at Custer-Glenn Funeral Home in Wooster with Rev. Don Bolich officiating.

It was her previous wishes there be a private family interment at a later time.

Memorial contributions may be made in lieu of flowers to: American Cancer Society, P,O, Box 22478 Oklahoma City, OK 73123.

Words of private or public condolences may be shared with the family at: www.custerglenn.com.
Read Less

We encourage you to share your most beloved memories of Viola here, so that the family and other loved ones can always see it. You can upload cherished photographs, or share your favorite stories, and can even comment on those shared by others.

Posted Oct 27, 2019 at 06:14pm
I am honored that you would think of adding me. I loved her dearly . We could always talk for hours about everything. She will hold a special place in my heart forever.
Comment Share
Share via: 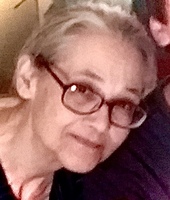